A brief history of the 2011 crisis versus the current situation facing the world in 2020.

Today we want to tell you a little about Luis Flores, a leader who lived a powerful change after a crisis he faced in 2011. This publication aims to encourage readers that resilience involves restructuring our resources based on new circumstances and our needs. For resilient people, there is no hard life, but difficult times. And it is not simply terminology but differently and more optimistically of seeing the world; because after the storm comes the calm. Interview:
Luis Flores, born in Malchingui, a small community located in the Andean region of Ecuador is a 41-year-old man who works as a field-leader in Florsani. His 23-year experience in the flower industry has made him a legend at work and within his community, where he has overcome adversity and grown-up along with this company that employs 1300 families.

Lucho, as he is known to his colleagues and relatives, went to work in the flower industry upon graduation from school, as most people in the Malchingui region do. As a rural area, there are not many job options and, therefore, working in a flower farm like Florsani is an option that contributes 90% of direct and indirect jobs in the area.

In 2011, the company successfully marketed more than 80% of its production to a single customer, the situation changed drastically overnight when this international company declared itself bankrupt and no longer paid its suppliers, which included Florsani. It was a situation that affected thousands of people, as Luis Flores said. Many went into depression, others decided not to go again in the flower industry and others moved to the oversaturated urban areas where most people end up exercising mostly in informal jobs.
However, not everyone gave up and began quickly with the beginning of something that transcended the barriers of the imaginable. Luis Flores tells us the following:

The issue during the year 2011 I think it was that we all entered a comfort zone, we were already well stablished in the floral market and I think this was dangerous for us as producers because we didn’t think about the danger of having one single customer. We ship them all our production and the moment they declared bankruptcy, it was a big blow since we had nowhere else to allocate our flowers.

This crisis brought out a mixture of feelings in the “Florsanis” of that time, and those who persevered and were resilient became stronger:

We learned to get stronger, to love even more what we had, to take advantage of all those important little details that we didn’t know we had; to value our people even more and that allowed the team to strengthen. We realized that the workers who stayed were super fighters because they didn’t allow themselves to drown in grief, instead they push others to grow. The chiefs ceased to exist and leaders took their place because they motivated the base staff to continue in the fight for a collective good. 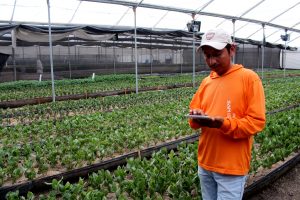 Resilience is said to be a person or group’s ability to recover from adversity to continue projecting the future. Sometimes difficult circumstances or traumas allow the development of resources that were dormant and that the individual was unaware of until now. This is confirmed by Lucho by mentioning:

For me flowers are my life and 2011 was a blow that affected us all. I went into depression because my workplace is my second home and at first I didn’t know how to handle the situation. Until one day, the encouraging voice of one of my co-workers who said to me -We’ll get through this together! -, I changed my attitude and prompted me to optimize resources, to be creative with problem-solving and to focus on providing a better service through our products. Due to the crisis, we decided to look for new markets and never again stay in a dangerous comfort zone.

We are advancing to 2020 and now the threat is global. CoVID-19 disease, in addition to claiming lives, has caused a very serious impact on global economies. Only in Ecuador and specifically in the flower industry we see plummeting sales as delivery cancellations rise to 80%. According to data from Expoflores, an institution responsible for ensuring the interests of Ecuadorian flower companies, more than 120,000 citizens work directly in this industry and more than 60% live in rural areas that depend 100% on the activities related to business such as flower farms. In asking Luis Flores about his criterion of the current crisis compared to that of 2011, he commented:

I think there is a similarity between the two crisis and that is that we must all come together to overcome this reality that affects the world. In 2011 we were just talking about a personal company crisis. Now I feel it’s important to acknowledge that the crisis is everyone’s, it’s global. We need to strengthen ourselves through union as a collective or as a great family because this is a call for all of us to realize what is vital or important in our lives. I have never realized before the importance of a greeting until now that we no longer greet people with a handshake. I think is important to greet others with a gesture as simple as that, it feels strange to me not to do it this way anymore because it has distance people. If anything happened in 2011 it was that the crisis caused stronger bonds and friendships to reinforce the steps we have to take to move forward.

In addition, I think we should all reflect on what our purpose is in the personal, professional or even holistic sphere, because this is what allowed us to succeed in 2011 and will help us eliminate this global pandemic today. Union and resilience are crucial during the crisis and although we cannot have contact with our loved ones because of the current pandemic, there are ways such as the internet and phone calls that make it easier to stay connected during this difficult time.

Finally, I know that the most important thing we need to do is to look ahead and not take a single step back. If I had to give a message to the world, it would be that we can never give up. We always have to fight to be better people and to achieve our purpose. 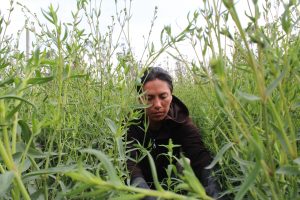 In conclusion, we want all our customers, suppliers, workers and industry partners to know that we will emerge victorious from this crisis because we do not intend to surrender.  We have a great responsibility as a private company and job generators to find creative solutions to adversity will teach us more what Luis Flores mentioned during the interview:

Life has good and bad moments. The good ones are to be enjoyed and the bad ones are to be learned from. We are living in a time where we must value what is fundamental in life and to unite as humanity. Sometimes being locked in a smaller place allows us to observe the importance of tiny details. We’re in this together! The crisis and the pandemic are going to pass.